Good (late) morning my friends. This week in New England has been a rainy one! And while I’m not surprised since…well…April Showers…it’s always a bit gloomy when it happens. But on the bright side, rainy days are a great time to get some errands done and experiment in the kitchen! Which is exactly what I’ve been doing this week.

I had made my low carb biscuit recipe earlier in the week and had a few left over. Thankfully, when I made them, I rolled them into bigger balls and flattened them… almost like patties. So when I was trying to think of something different than eggs and sausages I looked over at my biscuit patties and instantly thought french toast! 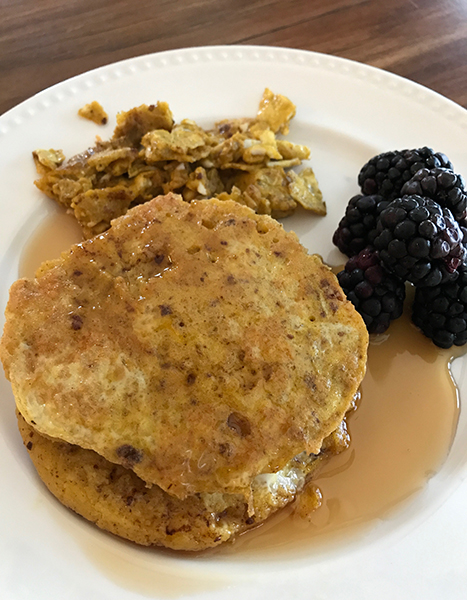 I sliced the patty down the center, making two thin halves, whisked up some eggs, added a splash of homemade almond milk, and added a few pinches of cinnamon. After rolling each patty in the mixture I cooked it on the skillet and made scrambled eggs with the left over egg mixture.

Knowing the weather was going to be gloomy and I wouldn’t mind spending my lunch breaks  in the car/indoors, I schedule a hair cut for Jett. This means he got to come to work with me in the morning for a bit before his appointment.

He was so nice and trim after! This makes mud season… and tick season so much easier to deal with! 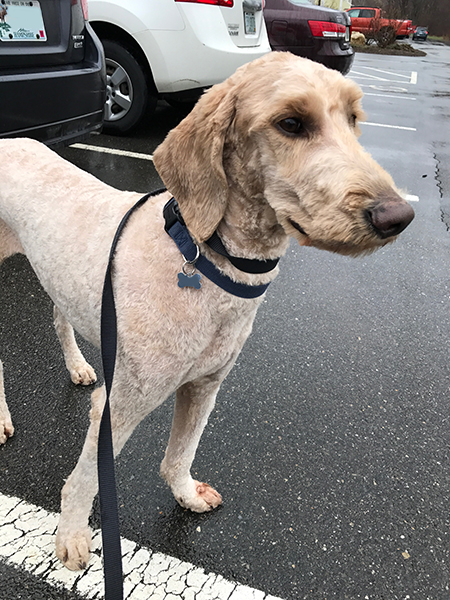 For those of you who are Handmaid’s Tale fans, did you catch yesterdays episodes? I knew I wanted to get one episode in, and since I fall asleep at 8:30/9pm these days, I knew dinner had to be fast!

I whipped up some lettuce wraps with marinate chicken (garlic, ginger, coconut aminos), bibb lettuce, rice noodles, shaved carrots, and vinegar soaked cukes (with red onion). I also whisked up a sauce (the same ingredients as the marinade) and added some cornstarch/guar gum to thicken it. Mmm it was so good! Definitely one of our favorites! 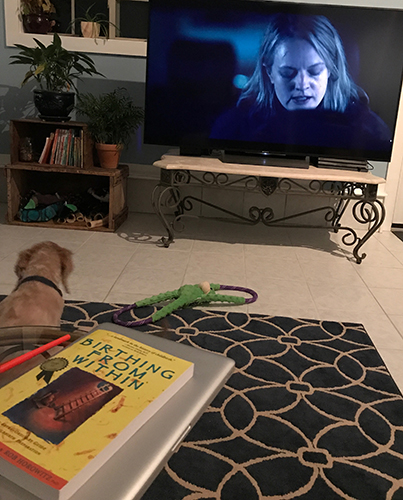 After dinner we cozied up on the couch and watched not one, but TWO episodes of the Handmaid’s Tale. If you have Hulu, I highly recommend adding this show to your list!

What is your favorite show on Hulu right now? 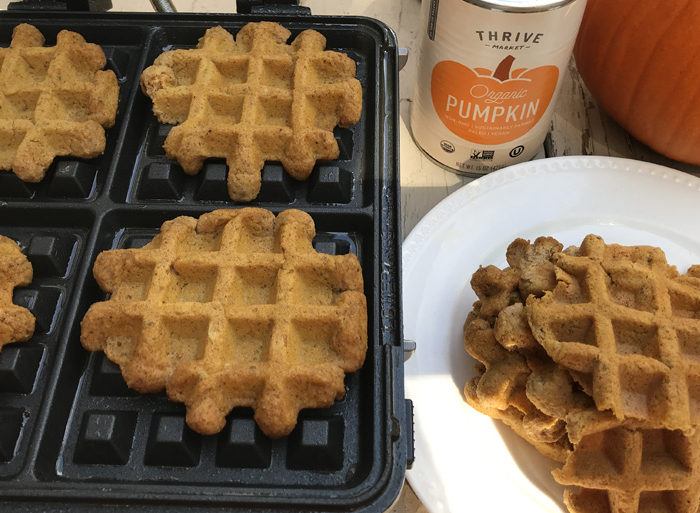 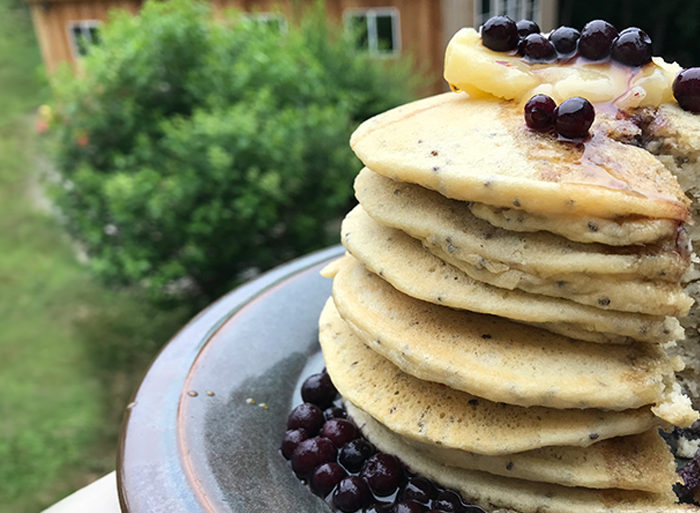 What a great idea for french toast! What kind of maple syrup do you use?
My favorite binge on hulu right now is Jane the Virgin <3

I use real, local maple syrup. I don’t like all the junk that goes into the fake stuff, plus the real stuff tastes so much better! I lessen the sugar spike by diluting it with coconut oil and/or almond butter. Makes a little bit go a long way! And i LOVE Jane the Virgin!