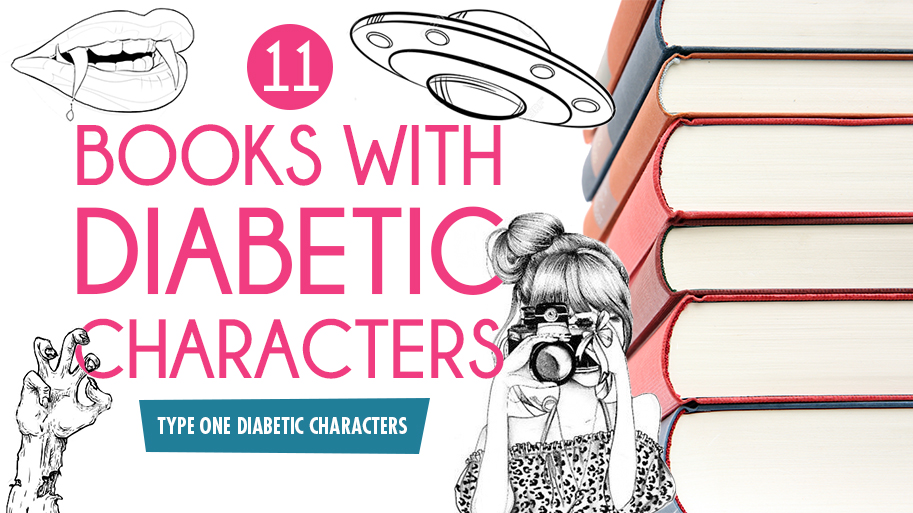 ‘Tis cozy book reading season! Make yourself some warm golden milk, cozy up on the couch, and grab one of these books with diabetic characters in them! Genres vary between post-apocalyptic themes, romance, comedies, and some involve vampires! 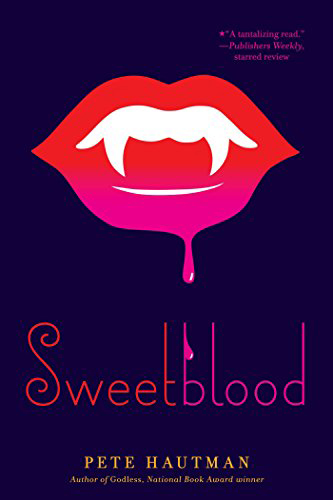 This book is about a diabetic girl named Lucy who theorizes that before the discovery of insulin, diabetics were “vampires.” As she spends more time on the Internet (in the Transylvania chat room, natch) and possibly hanging out with a real vampire, she stops taking care of her diabetes with costly results.

2. Between a Rock and a Hard Place by Alden R. Carter 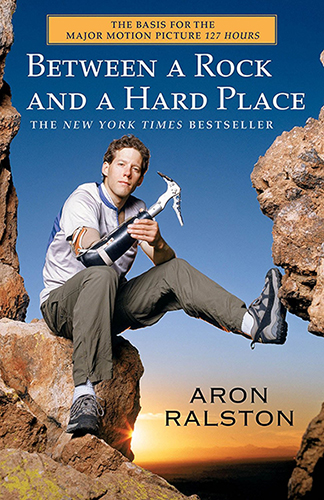 The basis for the major motion picture 127 Hours.

This is the story of two young brothers stuck in the Montana wilderness with only their wits to help them survive after their equipment is lost. The extra tricky part? One of them is a diabetic. 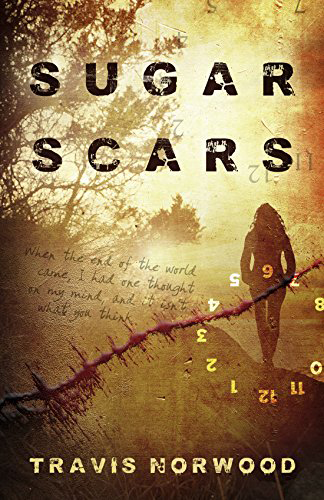 Living after the apocalypse really isn’t that hard for most of the survivors. The virus killed all but 1 in 10,000. The few remaining people are left in a world of virtually unlimited resources. Grocery stores overflowing with food and drink. Thousands of empty houses to pick from. But one survivor, a nineteen-year-old girl, requires more than simple food, water and shelter.

As a type 1 diabetic her body desperately needs insulin to stay alive. With civilization gone, no one manufactures it anymore. She hoards all the insulin she can find, but every day marches toward the end of her stash of vials. She has a choice. Accept her fate and death, or tackle the almost insurmountable task of extracting and refining the insulin herself. Brilliant scientists struggled to make the first insulin. What hope does a high school dropout have?

4. A Crazy Kind of Love by Mary Ann Marlowe 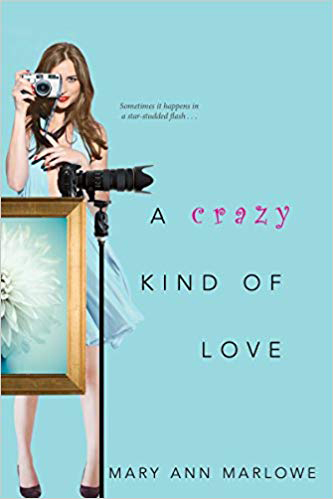 Celebrities hold zero interest for photographer Jo Wilder (T1D). That’s a problem, since snapping pics of the stars is how the pretty paparazzi pays the rent. So when Jo attempts to catch a money shot atop the broad shoulders of a helpful bystander, the only thing she notices about the stranger she straddles is that he’s seriously hot. Only later does Jo learn that he’s also Micah Sinclair–one of rock’s notorious bad boys…

Soon Jo is on the verge of getting fired for missing a Micah Sinclair exclusive. Until she’s suddenly being pursued by the heartthrob himself. But how can she be sure the musician’s mind-blowing kisses are the real deal? Her colleagues claim he’s a media whore, gambling on some free PR. But something has Jo hoping Micah’s feeling the same powerful pull that she does. A pull so strong, she can’t resist becoming his latest love, even if it means she might become the media’s latest victim

5. Nothing But Trouble by Lisa Mondello 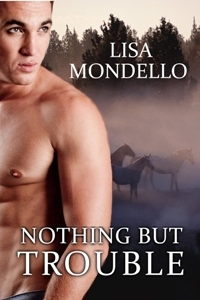 Melanie Summers has something to prove! Being a zoologist is her dream and the only thing standing in the way of her going on an African expedition is her father and his fear.

So she strikes a deal. She has to spend a full month in the Wyoming wilderness and show her father she can handle being in a remote area while managing her Type 1 diabetes before he’ll agree to fund the expedition to Africa and allow her to go. But her daddy isn’t the only one convinced she’ll fail…

6. The Andromeda Strain by Michael Crichton 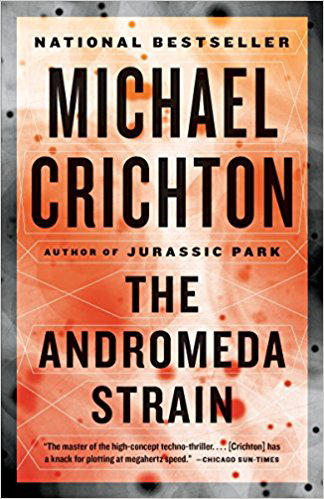 In this book, it’s not the main character who has diabetes, but a supporting character, Officer Willis.

A military space probe, sent to collect extraterrestrial organisms from the upper atmosphere, is knocked out of orbit and falls to Earth. Twelve miles from the crash site, an inexplicable and deadly phenomenon terrorizes the residents of a sleepy desert town in Arizona, leaving only two survivors: an elderly addict and a newborn infant. The United States government is forced to mobilize Project Wildfire, a top-secret emergency response protocol. Four of the nation’s most elite biophysicists are summoned to a clandestine underground laboratory located five stories beneath the desert and fitted with an automated atomic self-destruction mechanism for cases of irremediable contamination. Under conditions of total news blackout and the utmost urgency, the scientists race to understand and contain the crisis. But the Andromeda Strain proves different from anything they’ve ever seen—and what they don’t know could not only hurt them, but lead to unprecedented worldwide catastrophe.

7. Edge of Survival by Toni Anderson 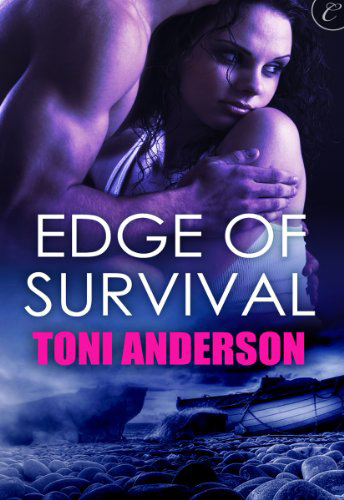 First of all, 15% of the royalties for this book go towards fundraising for Diabetes research. (can I get a woop-woop!!)

Dr. Cameran Young (type 1 diabetic) knew her assignment wouldn’t be easy. As lead biologist on the Environment Impact Assessment team, her findings would determine the future of a large mining project in the northern Canadian bush. She expected rough conditions and hostile miners–but she didn’t expect to find a dead body her first day on the job.

Former SAS Sergeant Daniel Fox forged a career as a helicopter pilot, working as far from the rest of the human race as possible. The thrill of flying makes his civilian life bearable, and he lives by his mantra: don’t get involved. But when he’s charged with transporting the biologist to her research vessel, he can’t help but get involved in the murder investigation–and with Cameran, who awakens emotions he’s desperate to suppress.

In the harsh and rugged wilderness, Daniel and Cameran must battle their intense and growing attraction while keeping ahead of a killer who will stop at nothing to silence her…

8. Under the Dome by Stephen King 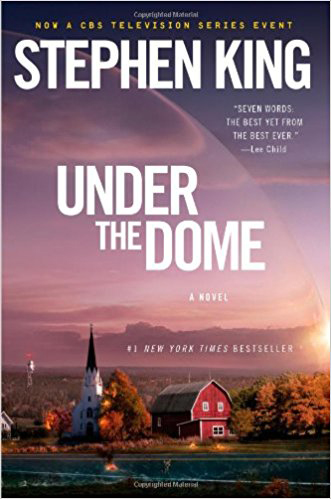 This one is now a CBS television series! The main character is not diabetic, however supporting character, Samantha Mathis, is.

On an entirely normal, beautiful fall day in Chester’s Mill, Maine, the town is inexplicably and suddenly sealed off from the rest of the world by an invisible force field. Planes crash into it and fall from the sky in flaming wreckage, a gardener’s hand is severed as “the dome” comes down on it, people running errands in the neighboring town are divided from their families, and cars explode on impact. No one can fathom what this barrier is, where it came from, and when—or if—it will go away.

Dale Barbara, Iraq vet and now a short-order cook, finds himself teamed with a few intrepid citizens—town newspaper owner Julia Shumway, a physician’s assistant at the hospital, a select-woman, and three brave kids. Against them stands Big Jim Rennie, a politician who will stop at nothing—even murder—to hold the reins of power, and his son, who is keeping a horrible secret in a dark pantry. But their main adversary is the Dome itself. Because time isn’t just short. It’s running out.

9. Zombies and Zinfandels: An Apocalyptic Comedy by Scott Hughey 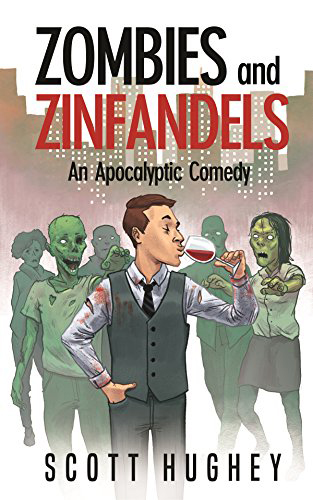 The main character, David, a 30-something year old pharmacist and Wine aficionado with a phobia of germs and the perplexity to pass out at gory sights, is the last person you’d expect to have to survive a trip across town while flesh-hungry zombies invade the city.

It is quickly evident that David a gracious brother who loves good wine, has to help his diabetic sister, albeit while fighting off the occasional zombie. Door handles and hand shakes are like a petri dish to David and he has to wash them off. But then here come the Zombies… 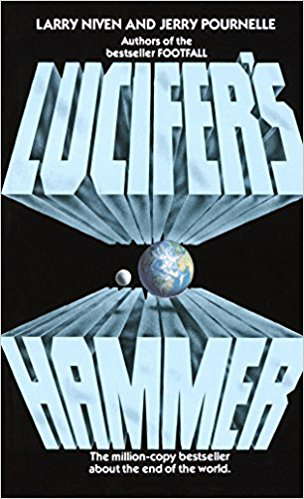 The main character does not have T1D, but character Dan Forester does.

The gigantic comet had slammed into Earth, forging earthquakes a thousand times too powerful to measure on the Richter scale, tidal waves thousands of feet high. Cities were turned into oceans; oceans turned into steam. It was the beginning of a new Ice Age and the end of civilization.

But for the terrified men and women chance had saved, it was also the dawn of a new struggle for survival—a struggle more dangerous and challenging than any they had ever known. . . . 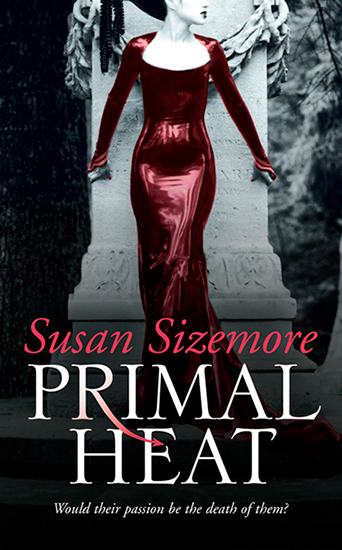 As Prime of his vampire Family, Mathias Bridger is sworn to protect his own kind at any cost — but years of acting as a fierce guardian of his people have left him yearning for more out of life. His chance comes in the form of Phillipa Elliot, the beautiful police officer who has type 1 diabetes.

What are some of your favorite books with diabetic characters in them?

Earn good karma points. Share this with a T1D who loves reading!