Getting a CGM: My Dexcom G5 Review 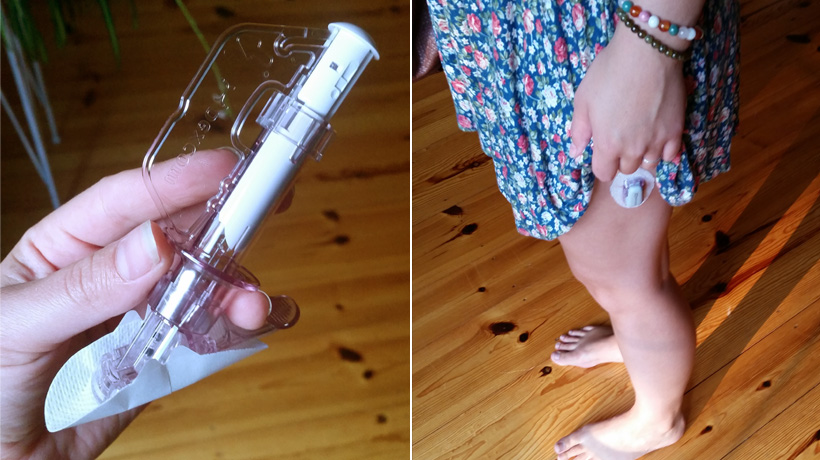 I did it. I took the plunge! About 6 months ago I got a CGM.  For those of you who are unfamiliar, A CGM (continuous glucose monitor) is a little device that continuously reads my glucose levels. It takes readings every 5 minutes and I can view those readings on the receiver device to know where my sugar levels are at any given time. Without further ado here is my Dexcom G5 review!

The CGM brand I chose is called Dexcom and I put a new one on every 2-3 weeks. It goes on like a Band-aid and peels off like one too, so I can do it right at home; no doctors office visit needed. This post won’t go into the details of how to specifically put one on (that will be another post, coming soon!), but here is a brief overview. You stick the sensor on like a Band-aid, push the plunger that inserts the small cannula under the skin, remove plunger, snap in the transmitter (aka the brains), and voila! And when it’s time to replace it (after about 2 weeks) you just peel it off and toss it in the trash. 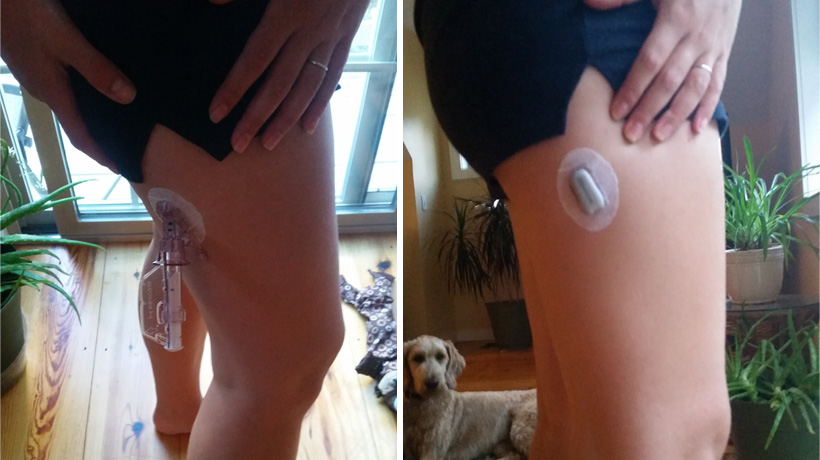 So far my experience has been great and I honestly don’t know how I went this long without getting a CGM. For some reason I was so against having a CGM (and an insulin pump) because I thought I didn’t need the help, but after a lot of consideration and talking with my incredible Endo team I took the plunge.

I wanted to wait a few months before writing this Dexcom G5 review so I could really get to know the ins and outs, pros and cons of having the Dexcom CGM. So here it is…

Pros of the Dexcom G5 CGM

Cons of the Dexcom G5 CGM

I just want to start off by saying that these cons really aren’t cons. They are just minor annoyances, but nothing that would make me want to consider getting a different CGM or getting rid of a CGM all together.

Now for some Frequently Asked Questions

Does it hurt?
Nope, not at all. Even when it gets hit or knocked it doesn’t hurt. Peeling it off feels just like peeling off a bandaid.

Can it get wet?
Absolutely! You name it…shower, swimming, watersports…this puppy can go anywhere you go.

If you have any questions about the dexcom or CGMs in general let me know in the comments below!