How to Bolus for Sugar Alcohols 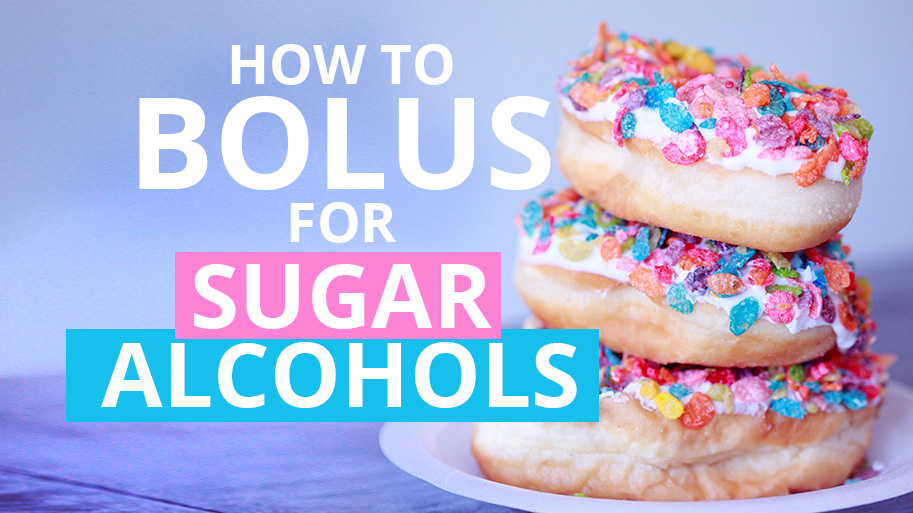 Sugar alcohols are used as sweeteners in many sugar free foods. They are named sugar alcohols because their structure resembles, you guessed it, sugar and alcohol. While they are labeled as a “sugar free” sweetener, they will raise blood sugar. Deceiving, right? That’s because technically they aren’t “carbohydrate free”. Technicalities man! Technicalities.

How To Bolus for Sugar Alcohols

As a rule of thumb, it’s a good idea to subtract half (50%) of the sugar alcohol grams from the total carbohydrates (source). From there you would subtract fiber and bolus. Not subtracting fiber? Check out this post on why you probably ought to.

Here’s an example of what it would look like…. 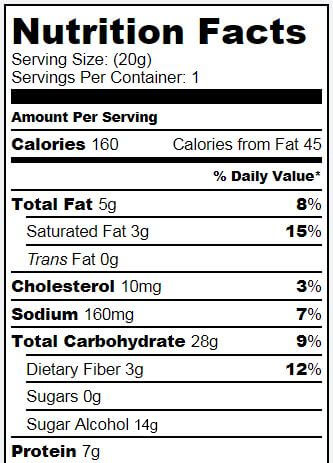 Subtract 7g (half of sugar alcohol) from 28g (total carbs). This leaves you with 21g carbs….. subtract 3g (for fiber) and that leaves you with 18g. 18g is what you would bolus for.

There is one MAJOR caveat! The sugar alcohol called Erythritol (popular brand name, Swerve). Erythritol cannot be digest by the body. Meaning it does not raise blood sugar, meaning you would subtract 100% of the sugar alcohol from the total carbohydrates.

Sugar alcohols are also slower to act than most carbs, meaning the blood sugar rise will occur later than usual.

Since all but one sugar alcohol raises BG, you gotta read those labels.

Sugar alcohols that raise your blood sugar are:

Sugar alcohols often cause gas, bloating, indigestion, and diarrhea. This is because they are poorly absorbed and hard for the body to digest.

What’s your experience with sugar alcohol been like? Love it? Hate it? Somewhere in the middle?