TRUST NO ONE BY PAUL CLEAVE

Home/Blog/TRUST NO ONE BY PAUL CLEAVE
Categories: Blog 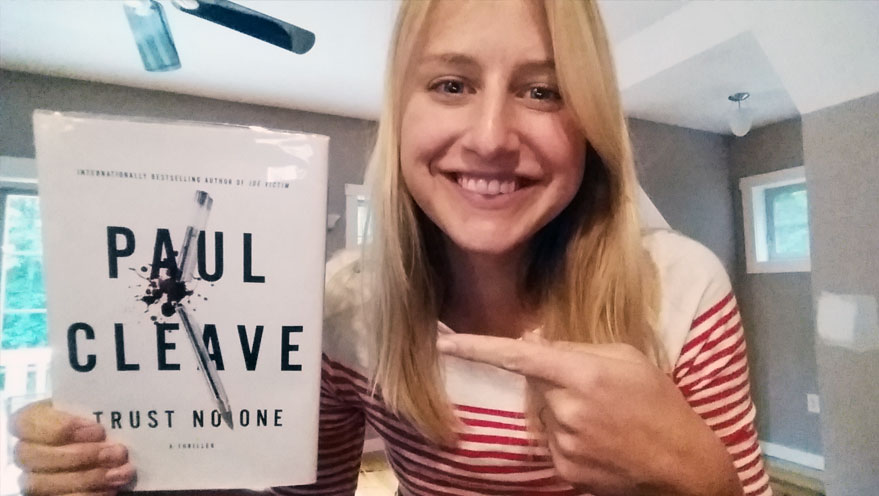 WOW! wow. wow. This book was excellent! I highly recommend you all get your hands on a copy. It’s a hard cover book so it runs around $25, which I refuse to pay since I never re-read books,  so I checked it out from my library for free. Nothing beats free!

If you liked Gone Girl and The Husbands Secret you will LOVE this book. And what better timing for a twisted novel than the beginning of fall! I will say that you DO need an imagination with this book. It gets a little scatter-brained towards the end, but I think it kind of goes with the theme of the book so it works. It’s about a 49 year old man named Jerry Grey who is a best selling crime/mystery author who goes by the pen name Henry Cutter. After a few “forgetful incidences”, like forgetting his wife’s name, he decides to see a doctor who gives him the unfortunate diagnosis of Alzheimer’s.

Fast forward a year and Jerry is living in a nursing home, his wife is divorcing him, and his daughter refuses to call him Dad. To make matters worse, he is starting to confuse his own actions with those of the characters he used to write about. The police and his family are used to him confessing to crimes from his books, but when he confesses to a murder of a girl that actually existed and who was actually murdered no one knows what to believe.

This book would make an incredible movie! Here is who I would cast for the main characters…
James Franco as Jerry, Marion Cotillard as Sandra, Joel Edgerton as Hans

Before I tell you any more I suggested you go to your local library and check out this book! Maybe you can make a chocolate peanut butter banana smoothie to sip on for your read.